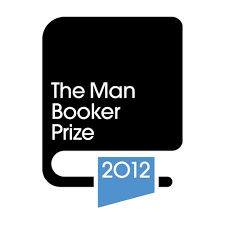 So Hilary Mantel has done it again.  ‘Bring Up The Bodies’ has been crowned the Winner of the Man Booker Prize 2012.  Mantel won the Booker Prize for ‘Wolf Hall’ in 2009, the first part of her trilogy on the life of Thomas Cromwell, so this makes her the first woman and the first British person to win it twice.  I’m sure I’m not alone in passing on many congratulations to Mantel for this huge and much deserved achievement.

I have a copy of ‘Bring Up The Bodies’ but have yet to read it (although, to be fair, my dad bought it as a present for my mum and I should probably let her read it first…).  Actually, I haven’t read any of this year’s shortlist yet which is quite bad… in fact, I only found a copy of last year’s Booker Prize winner ‘The Sense of an Ending’ by Julian Barnes in the library this week so I have quite a bit of catching up to do.  I also picked up a copy of Mantel’s French Revolution epic ‘A Place of Greater Safety’ in a book sale a while ago but I think that one might have to wait until I break a leg or something!

I read ‘Wolf Hall‘ quite recently and mostly enjoyed it.  It’s certainly a cut above a lot of historical fiction and her prose is brilliantly written.  At times, however, I did find it to be a bit of a frustrating read because of the huge number of characters which made the story quite difficult to follow.  Fortunately, I have heard that ‘Bring Up The Bodies’ is a little more accessible as it covers a shorter period of time.  Hopefully I will get round to it soon although my definition of ‘soon’ is currently ‘sometime in the next two years’ given what my TBR pile looks like at the moment.

Mantel is currently working on the third and final instalment of the trilogy, ‘The Mirror and the Light’.  Could it be possible for her to make it a hat trick?  No pressure, Hilary……