The Hours by Michael Cunningham 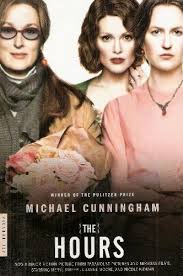 ‘The Hours’ by Michael Cunningham interweaves the parallel stories of three women from different generations across one day in their lives through their connection with the novel ‘Mrs Dalloway’. The writer Virginia Woolf is in the process of writing ‘Mrs Dalloway’ in the early 1920s as she battles mental illness. Claustrophobic post-war housewife Laura Brown  bakes a cake to celebrate her husband’s birthday but all she really wants to do is escape and read ‘Mrs Dalloway’. Clarissa Vaughan, nicknamed Mrs Dalloway, is a modern-day New Yorker planning a party for her friend and former lover, Richard. As well as the obvious connection with Woolf’s novel, the women are all connected in other ways. Notably they are affected by the same themes including madness and sexuality.

While I don’t think you need to be a devoted fan of Virginia Woolf to enjoy this book, ‘The Hours’ will be virtually meaningless to anyone who hasn’t read ‘Mrs Dalloway’ or at least seen the very successful film version of Cunningham’s work. At the same time, for those who are familiar with the book or the film, there won’t be any major surprises in terms of what happens in ‘The Hours’ if you haven’t read it yet. Nevertheless, the book didn’t win the Pulitzer Prize in 1999 for nothing. Cunningham skilfully uses many of the techniques and themes in Woolf’s original novel. For example, the eloquent prose contains the stream-of-consciousness style used in the original ‘Mrs Dalloway’ and this technique is difficult, if not impossible, to translate into cinema, or at least not with the same effect.

The reader will see how even the smallest decisions and changes in the lives of the three women can have the biggest consequences. I thought that the part exploring Woolf’s own life would be the weakest of the three stories but instead it contained some of the most affecting and intriguing moments in the whole book. Above all, I was impressed by the control that Cunningham had over the text by balancing and pitching each of the three strands perfectly. Most importantly, he knows when to stop. ‘The Hours’ is quite a short book and like the original ‘Mrs Dalloway’, it is powerful in its brevity.

For me, ‘Mrs Dalloway’ was a book I appreciated more after I had read it and possibly even more now I have read ‘The Hours’. The complex concept behind ‘The Hours’ could easily have come across as a limp parody, but instead, Cunningham has successfully produced an inspired homage to Virginia Woolf. Even if you haven’t read ‘Mrs Dalloway’ before, you will be compelled to do so after reading ‘The Hours’.

11 responses to “The Hours by Michael Cunningham”