The End of Days by Jenny Erpenbeck

Shortlisted for the Independent Foreign Fiction Prize, ‘The End of Days’ by Jenny Erpenbeck and translated from the German by Susan Bernofsky tells the story of the various possible lives of one woman during the twentieth century. The book is split into five stories. In the first part, we learn that a baby has suffocated in a cot in a small Galician town. In the second part, we learn what might have happened had the baby lived as a teenager in Vienna shortly after the First World War. The third part sees her as  a communist in Moscow, the fourth part follows her as a celebrated writer in Berlin and finally, as an elderly lady aged in her nineties living in a care home.

END_OF_DOCUMENT_TOKEN_TO_BE_REPLACED

The Giraffe’s Neck by Judith Schalansky

Longlisted for this year’s Independent Foreign Fiction Prize, ‘The Giraffe’s Neck’ by Judith Schalansky and translated from the German by Shaun Whiteside tells the story of Inge Lohmark, a biology teacher approaching the end of her career at a high school in a former East German country backwater. She has a firm belief in Charles Darwin’s theory of evolution yet, somewhat ironically, she is highly resistant to adapting to change in her own life.

END_OF_DOCUMENT_TOKEN_TO_BE_REPLACED

Revenge by Yoko Ogawa and The Mussel Feast by Birgit Vanderbeke

August is Women in Translation month hosted by Biblibio and I have recently read two works of translated fiction written by women which were both shortlisted for this year’s Independent Foreign Fiction Prize. Firstly, there’s ‘The Mussel Feast‘ by Birgit Vanderbeke which is a novella translated from the German by Jamie Bullock and was originally published shortly after the fall of the Berlin Wall. The second is ‘Revenge’ by Yoko Ogawa which is a collection of eleven loosely connected short stories translated from the Japanese by Stephen Snyder.

END_OF_DOCUMENT_TOKEN_TO_BE_REPLACED

The Independent Foreign Fiction Prize is one of the most interesting literary prizes but is also, unfortunately, one of the more overlooked. It probably hasn’t helped that the announcement of both the longlist and shortlist  has coincided with the announcement of the longlist and shortlist of the higher profile Women’s Prize for Fiction. The jury had a record number of entries to read before choosing this year’s shortlist which was revealed yesterday:

Revenge by Yoko Ogawa (translated from the Japanese by Stephen Snyder) 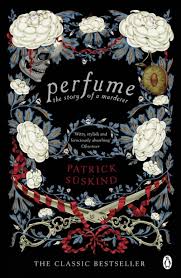 ‘Perfume: The Story of a Murderer’ by Patrick Suskind tells the story of Jean-Baptiste Grenouille, who has no natural odour himself but possesses an unnaturally heightened sense of smell.  Abandoned as a child in eighteenth-century Paris, he eventually becomes an apprentice at a parfumerie thanks to his talent for distinguishing between the subtlest collection of odours and creating the most exquisite perfumes.  However, his quest for the perfect scent soon leads him down a murderous path. END_OF_DOCUMENT_TOKEN_TO_BE_REPLACED